As a professional photographer, keeping my creative juices flowing is a constant necessity AND a beautiful privilege. While in India, I feel like a kid in a candy shop, constantly over stimulated by the barrage of colors and textures and cultural nuances. While I generally have my trusty Nikons with me, I have really been enjoying keeping my creative brain waves active by just snapping imagery of everyday life using my good ole iphone. 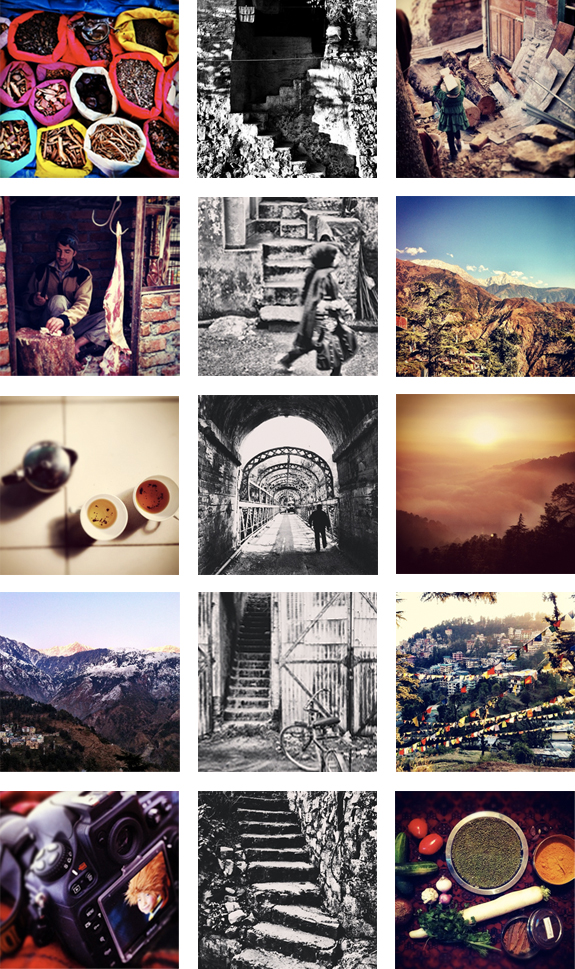 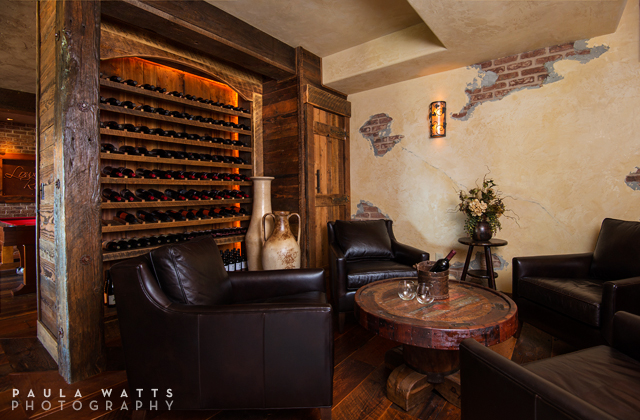 I was hired to photograph this beautiful North Rim residence, designed by Mount Bachelor Design Studio. It was a great project with a clear vision of design and style. For some of the images, it was imperative that the outside view was shown clearly through the windows. My job as the photographer was to execute that while balancing the interior mood and lighting quality. This first image below, for instance was an important image to show off the beautiful exterior surroundings and the accommodating outside seating. In addition, for this project specifically, it was important to my client for the imagery to include the beam work seen in both the living room and kitchen. As the photographer, taking into consideration the needs of the client and finding the perfect angles can sometimes be a balancing act, but overall, combining the technical aspects of my work mixed with the creative vision and eye makes being an architectural photographer fun, challenging and never stagnant.

Hope you enjoy the final imagery. 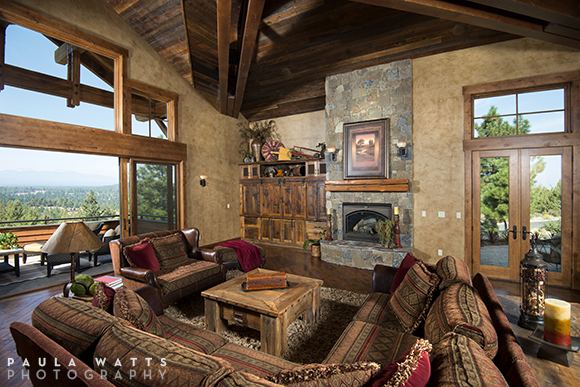 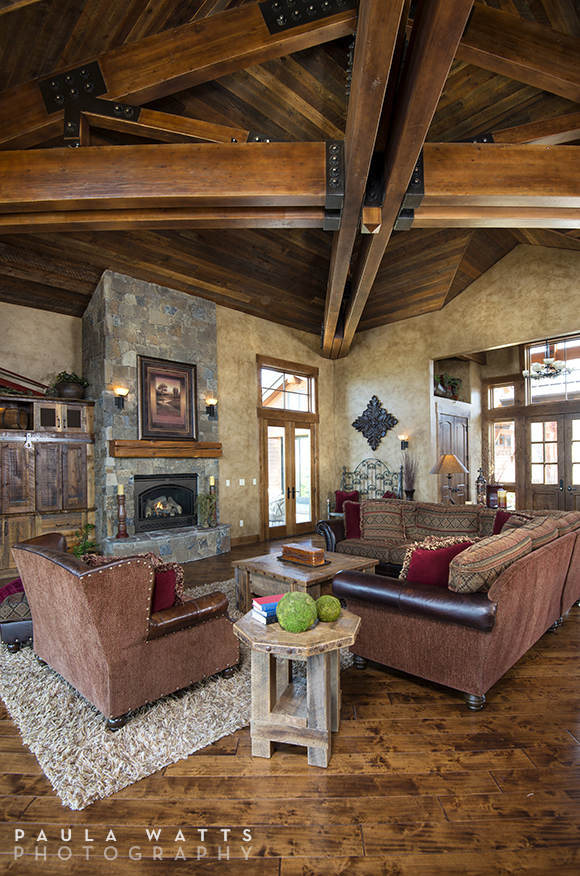 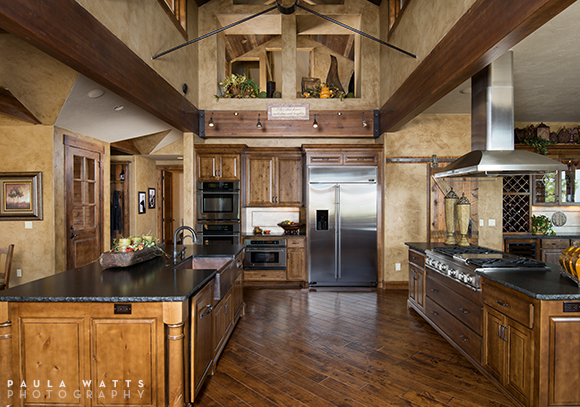 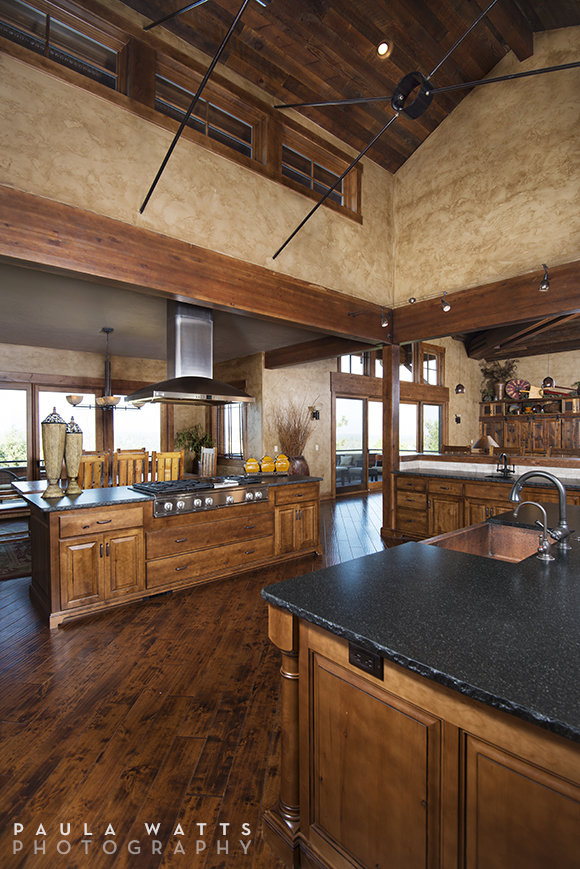 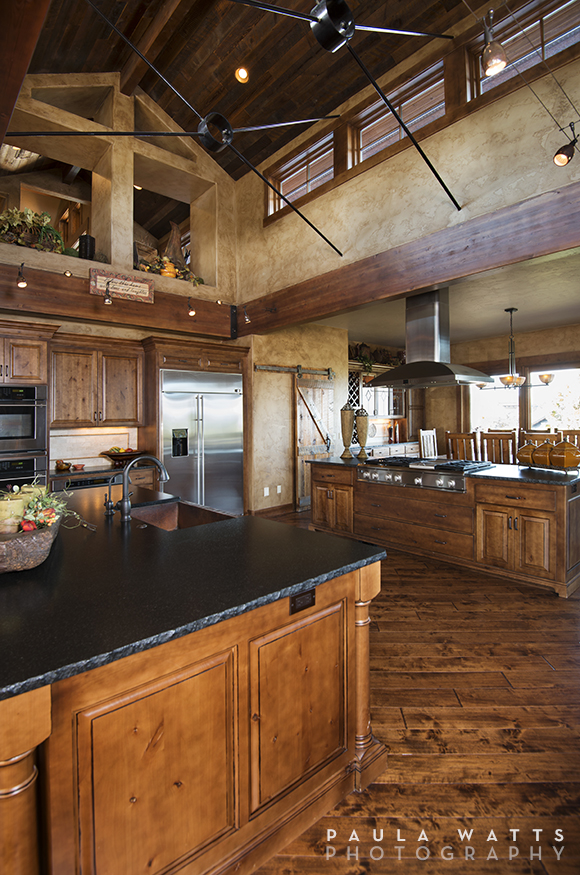 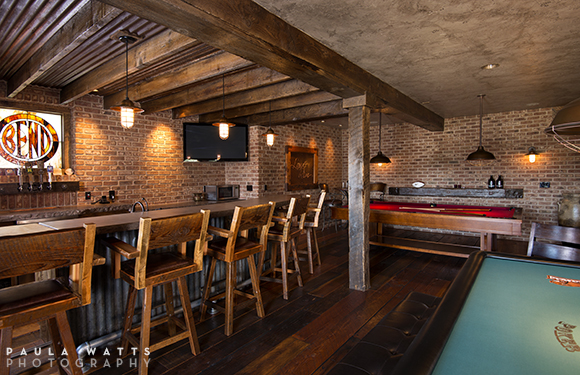 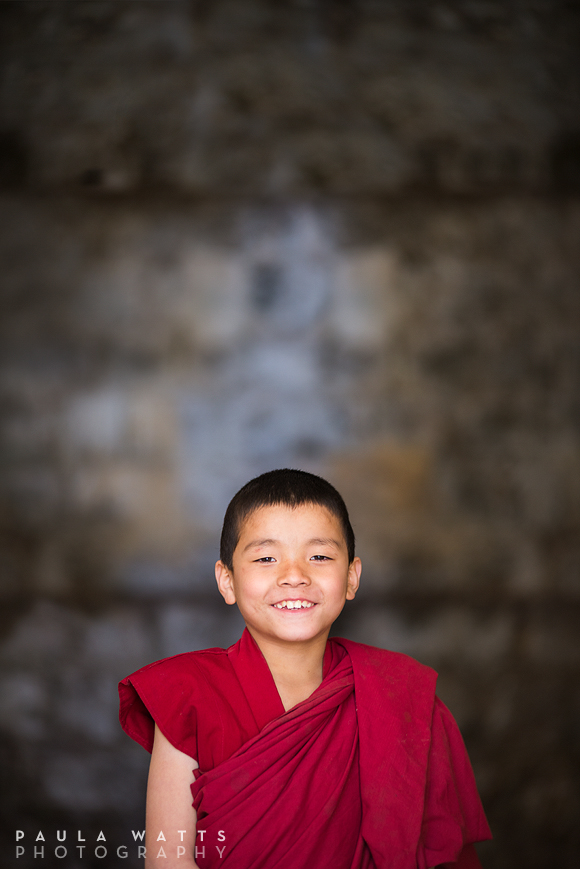 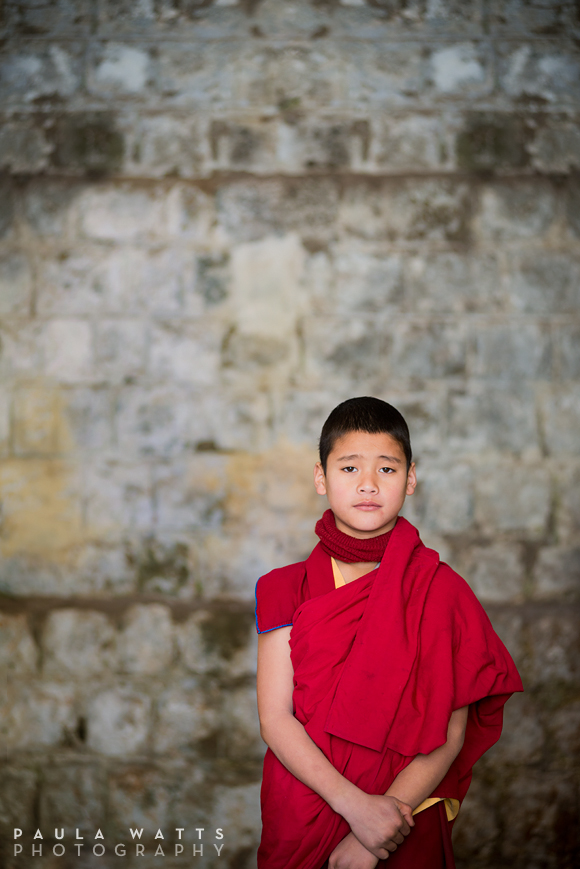 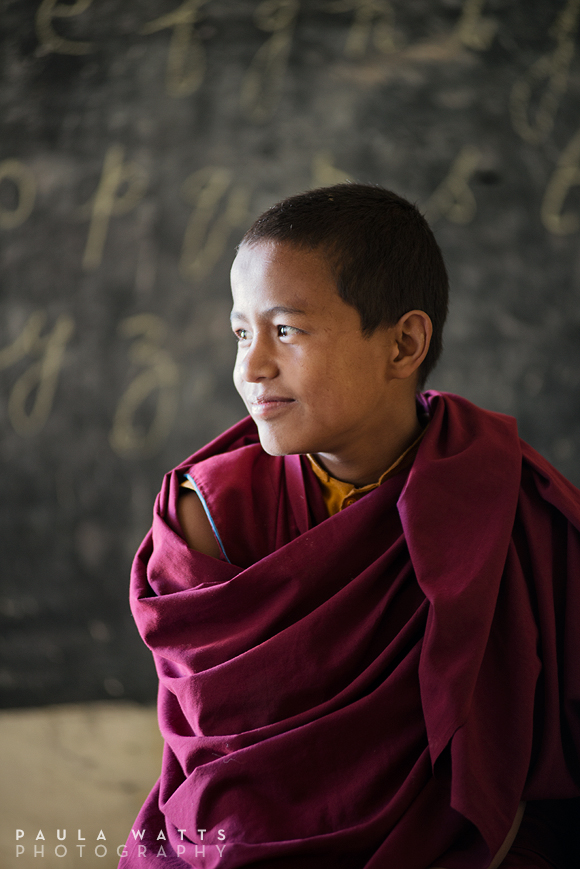 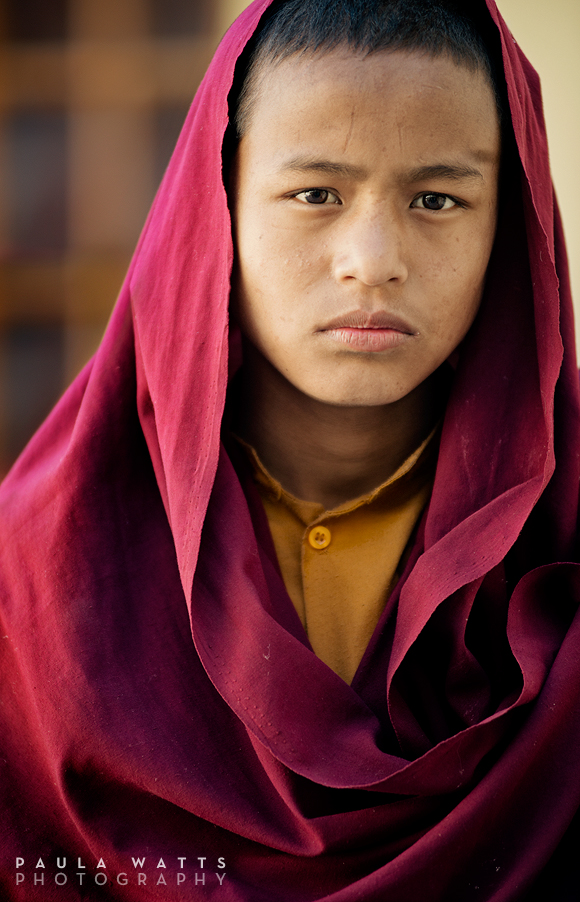 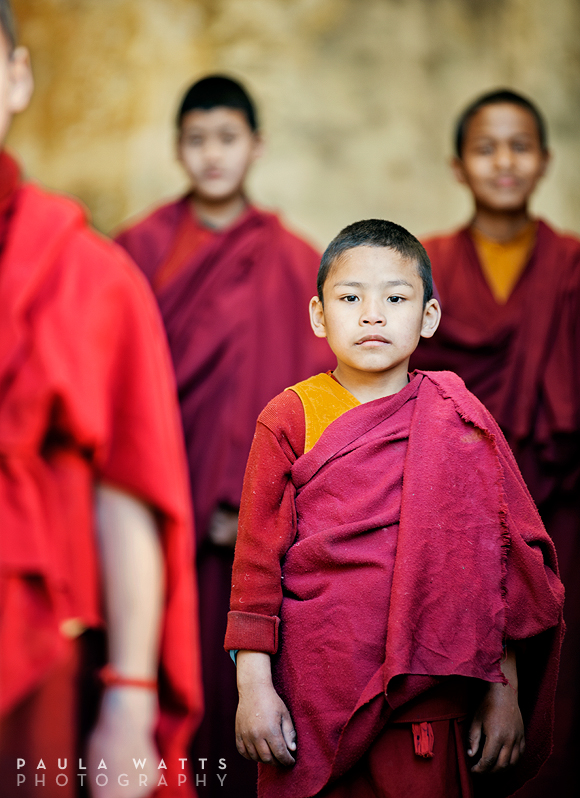 If you’ve been a photographer for more than a day, you have most likely loaded a roll of 35mm Kodachrome film. It was the film I learned on. The film I learned to see light through, learned my limitations with, and the film I waited excitedly for to be processed at the lab. Yes, actually waiting to see your imagery with anticipation, eagerness, and always a bit of nervousness to see the results.

In this beautiful tribute to film photography and Kodak specifically, legendary documentary travel photographer, Steve McCurry, ventures out to literally capture the last roll of film produced by Kodak. It’s moving and humbling to be apart of this industry, seeing it’s movement and progression, and sometimes, digressions. Steve’s passion and imagery have inspired me immensely… to go the extra mile to get the perfect shot, to really see your subject and capture an image with heart, not just document the scene around you. I hope you enjoy this short film, giving appreciation to the end of a beautiful era. 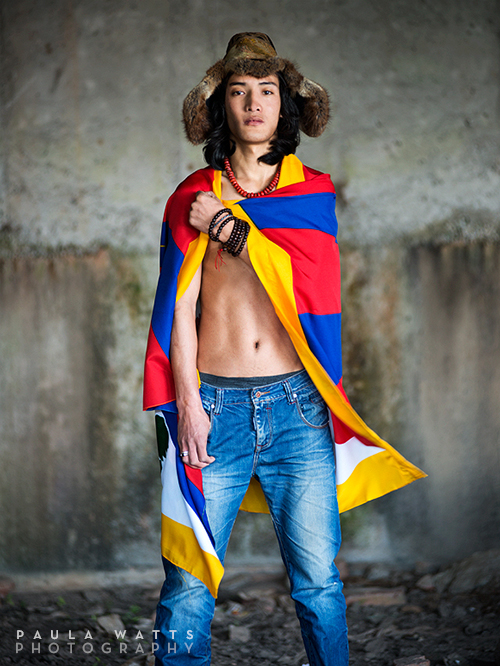 “Being clear about what we’re doing and why is the first step in doing it better. If you’re not happy about the honest answer to this question, make substantial changes until you are.” Seth Godin. Jan 15, 2013

Not a day goes by when I don’t have the extreme privilege of hearing stories of young Tibetans fleeing the Chinese government’s occupation of their land. The stories are shocking, filled with bravery, a fight for freedom and many times, end in tragedy.  Just today, a friend of mine told me his story of crossing the Himalayan Mountains (as they all do in order to get to India). He told me of being captured by the Chinese government the first 3 times he tried to escape, put in prison and then returned him to his home. The fourth and final time, he travelled for multiple weeks over the mountains, with some dying along the way. Food runs out, the temperatures are freezing, there are unmarked paths with dangerous cliffs. One young man fell to his death during their journey.

I want to help. This has inspired me to start a documentary project of these young adults, coming from Tibet, as refugees, holding on to their culture, learning for the first time about their country’s history (as it is mostly banned in Tibet to learn of their own history), all the while trying to embrace their new surroundings in India, separated from their families and from the way of life they’re accustomed to. A beautiful mixture of tradition and modern appeals. Starting a new life…. with “Refugee Status”.

This is the first image of the series.

(Sengye, shown above, is a young Tibetan man from the Amdo region of Tibet. He wears a traditional fur hat and necklace, identifying him as Amdo. He was raised in a nomadic family (as most are in that region), breeding yaks, sheeps and goats. He fled Tibet on the same night of his father’s return from being imprisoned by the Chinese government for 14 years. They didn’t see each other.)

Please feel free to share your thoughts, input and comments. 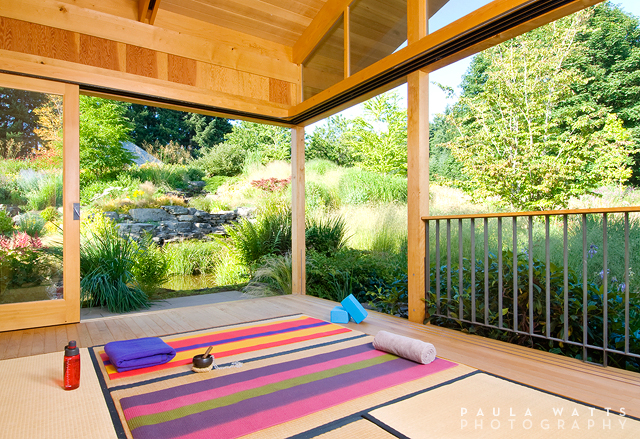 My last post discussed the importance of lighting for all types of photography. I used a before/after example from my photo shoot at the Belluschi Residence in Portland, Oregon for Oregon Home Magazine. For this post, I wanted to show some of the interiors, including the kitchen, living room, and interior of their beautiful yoga studio.

What is especially unique about this property is that it was originally designed by the famous architect, Pietro Belluschi. Once purchased by Mike McCulloch and Maryellen Horkheimer, they wanted to keep the original feel and space as initially intended, but with some modern updates. Mike being an architect himself, kept the transition seamless. Maryellen is a master gardner and landscaper, and together the home is now not only a comfortable living space, but also a scenic garden retreat.

The marriage of architecture and its surroundings made it feel like there was no distinction between inside and out. The rolling landscape was either in your window’s view or you were enjoying the tremendous space the family built for outside living. I wanted and needed to capture that as the photographer, lighting the rooms, making sure the windows show the exterior view as well as maintaining the warmth of the interiors. 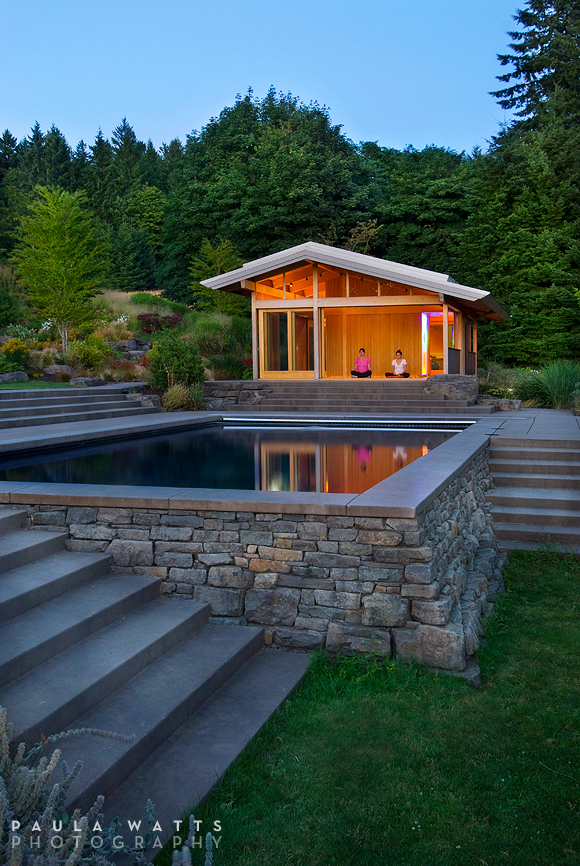 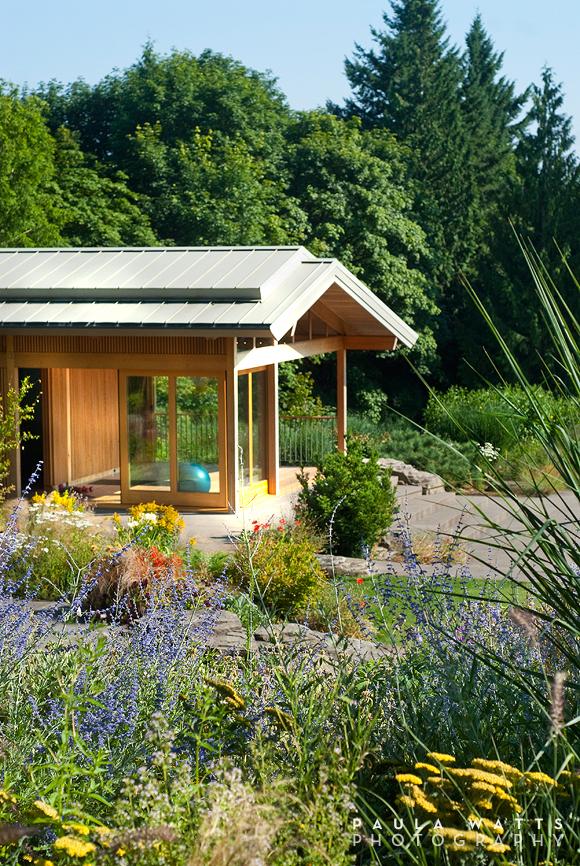 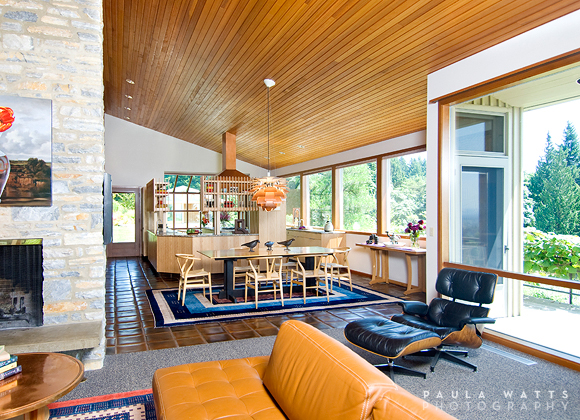 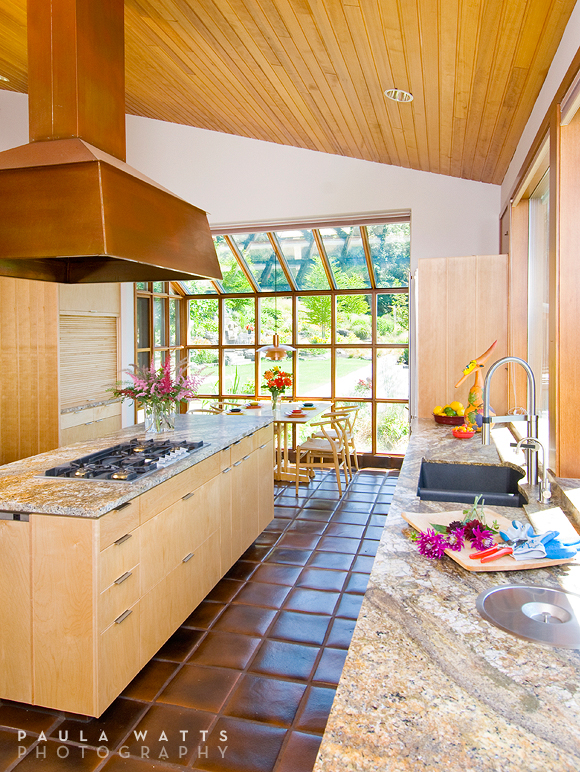 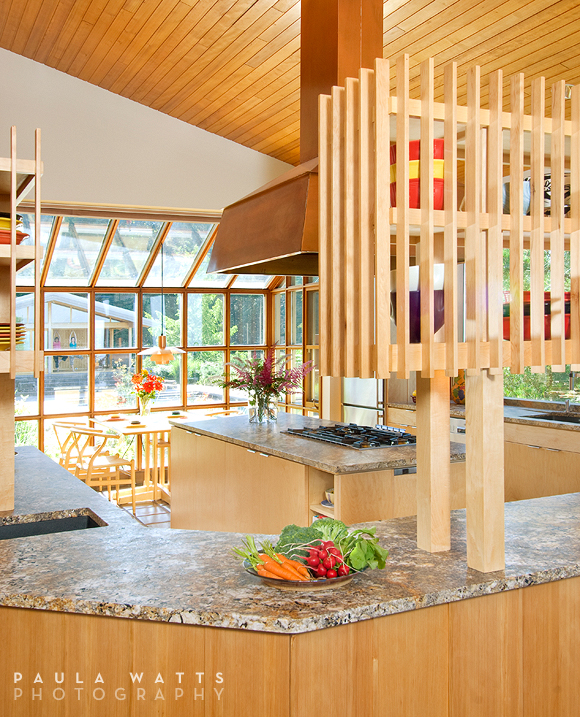 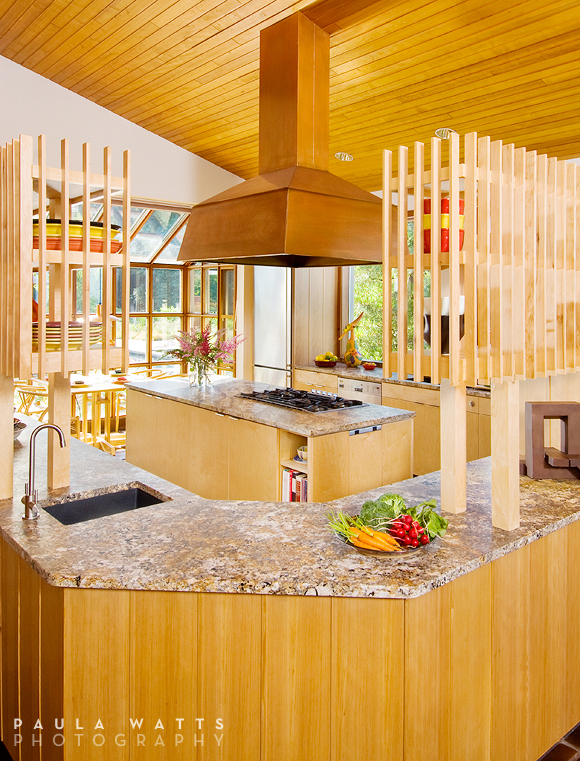 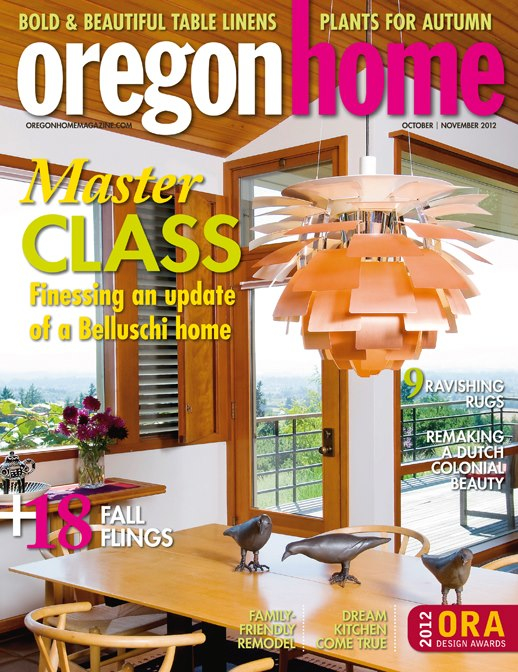 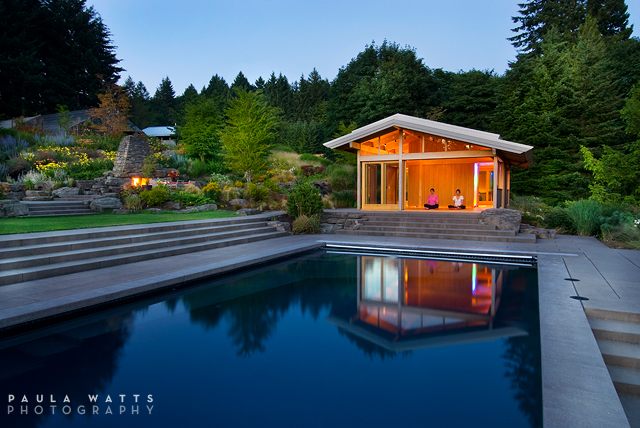 If you’re a fellow photographer: learn it, breathe it and utilize it to acquire the results you desire for your imagery. If you’re a potential client, looking for a professional photographer to hire for a project: make sure you choose a photographer that has a discerning eye concerning light. Choosing a photographer that knows how to manipulate light to give you the appropriate look and mood for your advertising campaign or editorial spread is crucial.

Below is a before and after photo from an editorial photo shoot I did for Oregon Home Magazine. Adding proper lighting and balancing it with right time of day can turn a dull and mundane photograph into something that pops off the page… And, let’s face it, isn’t that what everyone wants? 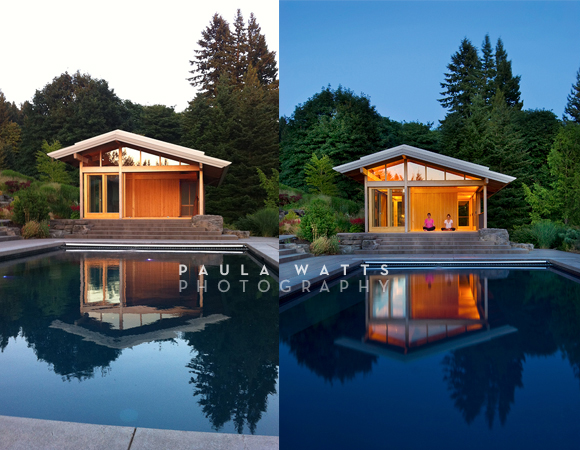 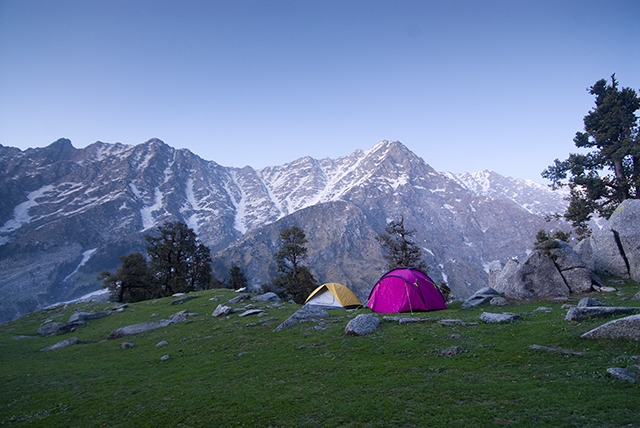 Recently, I got to hike with some beautiful people through the Himalayan Mountains, seeing spectacular views, culture, and wildlife. There were chai and dahl shops along the way to rest and enjoy the scenery, but the best part was making it to our final destination at snow-line and basking in the views. We came across nomadic goat herders along the way, who were gracious enough to allow me to photograph them and ask questions, literally hiking through goat poop in order to do so.

Sharing a morning cup of chai with our host in the Himalayas. We spent the night under his tent which doubles as his home, shop and kitchen. It was magical. 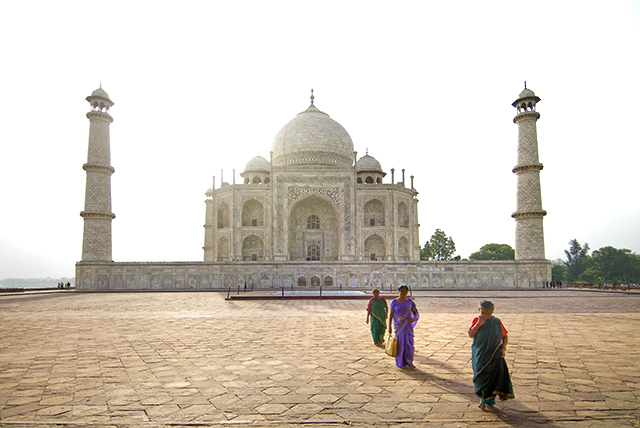 Nick and I had the incredible pleasure of visiting the Taj Mahal again. Despite the incredibly offensive heat (about 45C or 115F), we had a great time exploring and visiting this “wonder of the world“.

Of course, as a photographer, I am always intrigued to get another opportunity to shoot images for my stock portfolio as well as think creatively for different shots, since, lets face it, every photographer who has been to the Taj, has taken the famous reflection shot. It’s hard not to though. The Taj is a very symmetrical building, with great consideration by Mughal emperor Shah Jahanin in all its fine intricacies, and this is one of them. The reflection shot proves this nicely as well as frames a nice image of the front of the mausoleum.

Hope you enjoy the photos! THANKS!

Luckily, the sky parted for some nice contrast and interest in the clouds. 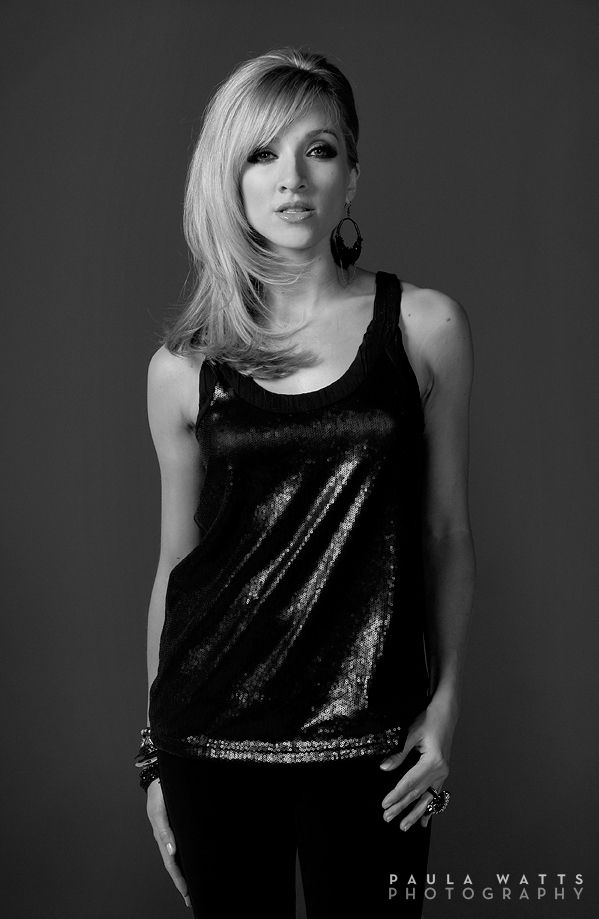 If you’ve ever had the pleasure of spending some time with Shannon Bex, you would know how beautiful, talented, and incredibly gracious she is. Known for her part in the all female music group, Danity Kane, Shannon has re-created herself to become BEX, a sweet new band showcasing her unique country-pop-soul sound and awe-inspiring dance moves.

Shannon and I met over a glass of wine at a crowded, little wine cafe through a mutual friend, and immediately knew she was going to be an incredible person to get to know and photograph. Luckily for me, she is just that wonderful!

Photographing her for some of her PR and a recent magazine article, Shannon proved to be vulnerable yet strong, a lil’ goofy behind the scenes yet absolutely stunning in front of the camera! Take a look…